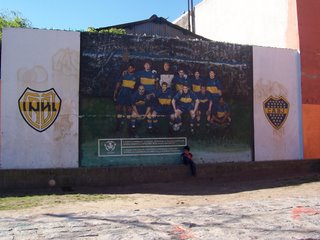 A street mural of one of Argentina's two BIG clubs, Boca Juniors, in the run down area of La Boca. This is the team Maradonna played for and he goes to watch them frequently. Apparently he acts like a cheerleader winding up the crowd. I couldn't see if he was in his box when we went to watch Boca v Newells. 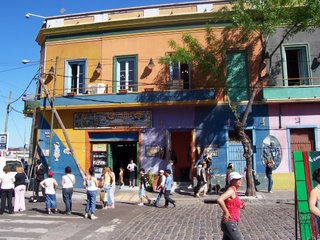 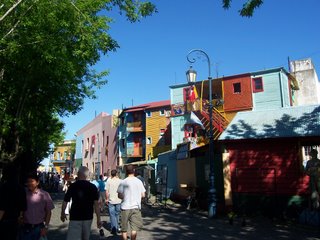 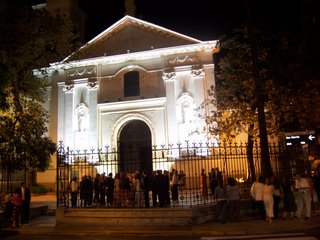 A wedding or something at a nice Buenos Aires church. Night, obviously. 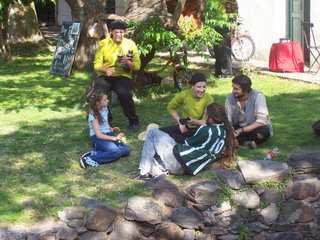 Some local boho looking youths enjoying some Maté and a chinwag. Colonia, Uruguay. 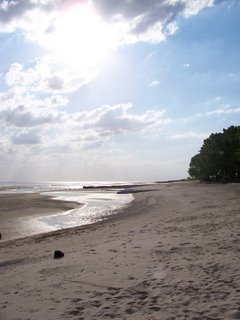 Ahhh. Late afternoon at a beach in Colonia. 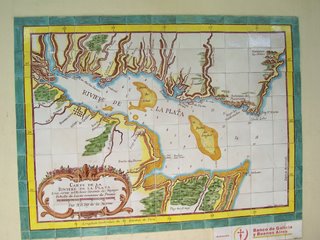 The area of Rio de la Plata separating Uruguay and Argentina. Zoom in for a geography lesson! But bare in mind that this is merely a tiled picture, drawn by an artist, not an educated person. 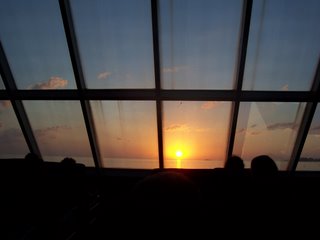 The Sunset over Uruguay. Or Argentina, I'm not sure. Anyway, it's on the Buquebus. 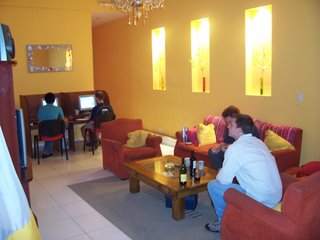 The living room at Estoril Hostel. That's Irish Steve on the right, with James lurking behind him. 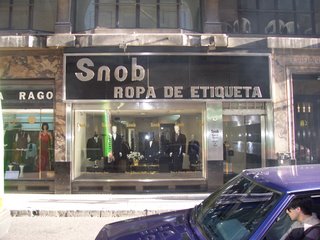 Well, at least they're honest. An upmarket shop, near the Milhouse Hostel. Also, is it me or does the man in the car in the foreground look like a computer avatar? 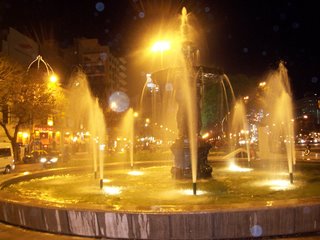 A lovely fountain on Av 9 de Julio. It's near a café I had pizza in at 5.30am. Very cool. The fountain I mean. Although pizza in a café at half 5 in the morning is also cool. 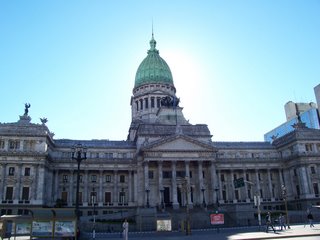 The Congress building 5 minutes from my hostel on Av. de Mayo. 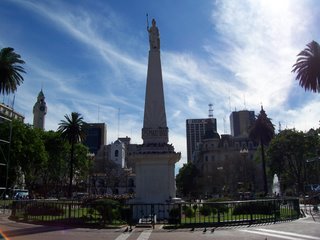 Centre of the Plaza de Mayo. 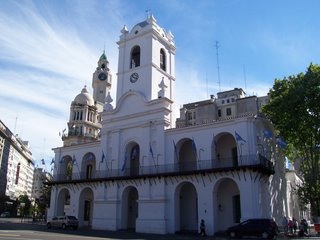 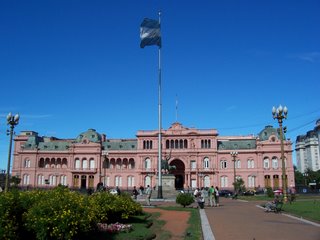 Casa Rosada on Plaza de Mayo. This is where Eva Peron did her famous rallying in the 1940´s. It is also the president´s building and was painted pink to try and symbolically apease the two rival fraction parties (whose names I forget) but whose colours were red and white. Making pink, you see? 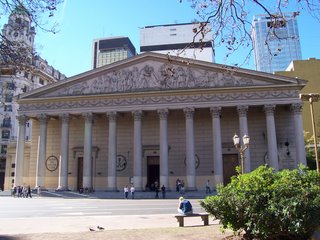 Museum on Plaza de Mayo. Bet it´s got lots of lovely art in it. 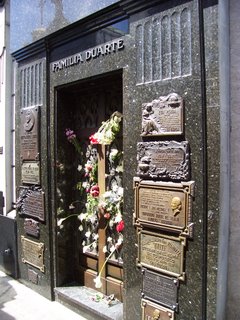 Eva Peron´s family masoleum in Recoleta Cemetary. Evita is buried 7 metres down under concrete to stop people stealing her remains! 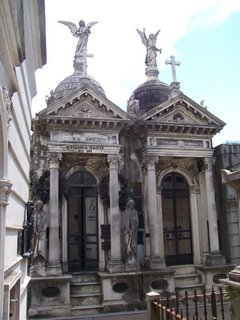 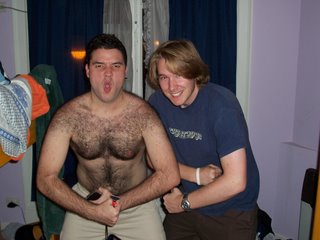 Me and Cesar, the Brazilian bear, in our dorm at Estoril hostel. 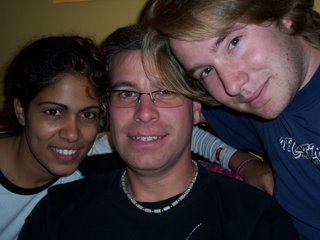 Me with Michael and Anat at Estoril.

Hey Andy. Sounds like your having a blast. Well jealous! Maybe I can help you round Patagonia, The Welsh (which they speak there)
for hello is Bore Da! Please is Os gwelwch yn dda, thank you is Diolch and can i have a beer please is "Hoffwn i tablen os gwelwch yn dda". hope that helps. the w is pronounced as a uh sound and dd is a th type sound. Goodluck with it all. keep the photos coming and tell julian he needs to buy a new t-shirt because he had that one when we went to SA.
Dave